The original concept for establishing a small blueberry farm was to educate my children about farming and commerce, and provide them with the opportunity to have a viable summer job without having to leave home.  It was imperative that they understood that fruit and vegetables were not found in a plastic clam shell, but could be easily grown and produced, and to achieve personal satisfaction in doing so.

2004:  We purchased the property which was covered in second growth with the intention of starting an organic blueberry farm on a portion of the land parcel.  After clearing a portion of the property, ordered the 1400 blueberry plants in the fall of that year.  The plants were going to be 3 years old upon delivery in the fall of 2005.  Fall rye was planted as a cover crop at this time as well.

2005:  In the late spring the land was worked up, and with the soil, up came a gazillion rocks.  At first, it seemed logical to have the kids picking rocks.  Whenever they would start scrapping and arguing in the house, they were told to get on some old clothes and footwear and meet Dad out on the farm.  A half hour of picking rocks, and they were suddenly getting along MUCH better.  A commercial rock picker was eventually brought in on two separate occasions to deal with all the pebbles that were brought to the surface by the disc. 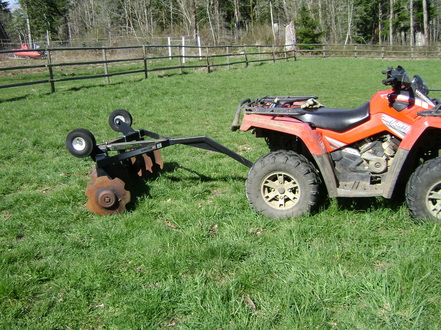 8 bottom disc which was pulled behind the ATV along with a diamond harrow to work the land.
The plants were picked up in Abbotsford at the end of September and were supposed to be planted at the beginning of October, however, the rains arrived on October 1st, and never subsided until April, the following year, hence the poor little blueberries were piled into one group and mulched to protect them until the following spring when they would be planted.

2006:  In the spring, the land was worked and the soil formed into windrows with the aid of a tractor and back-blade.

On a sunny May Day, we assembled a crew of friends, family and neighbours who showed up to plant the berries!  The day began at 8:00 am and ended over 12 hours later.  Those who showed up to help that day were: Derek, Barb, Gloria, Al, Mysty, Lisa, Joy, Meghan, Jessica, Kayla, Kody, Kyle, Kelsey, Anthony and Wilson.  We are eternally grateful for all your help......

As luck would have it, right after we planted the 1.400 berry bushes, a heat wave settled onto the Comox Valley, with temperatues in the low 30 degree celcius range for over a week, and the irrigation system was not in.  We ended up handwatering all the plants until the system was installed and operating.

The plants were mulched with fish compost and topped with 75 yards of bark mulch.

2007:  In the next year following planting, one is supposed to remove all buds to force the energy and nutrients to be forced into the root system to make a strong plant instead of into making fruit.  We did not do that, and actually had 600 pounds of production!!  The plants were small and the fruit sparse, but that did not deter folks who showed up to pick.

2008:  Looking forward to another rewarding year was met with disappointment.  Despite having a good berry crop, I left for Alberta during the summer for a week.  The fence had sagged, and the deer found their way into the farm. By the time I returned, all of the berries were gone.  600 pounds last year translated into 6 pounds this year....barely enough for a pie.

2009:  This was a banner year.  Hot weather in the spring ensured a lot of blossoms and bee activity.  Almost 3000 pounds came off this year, and the plants were growing quickly. 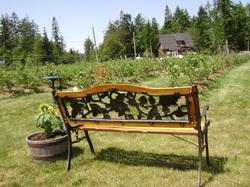 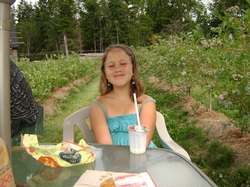 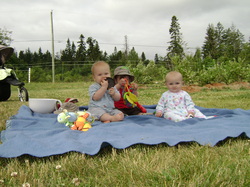 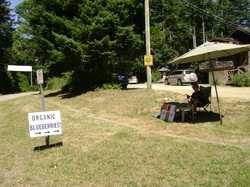 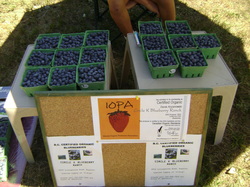 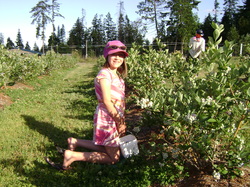 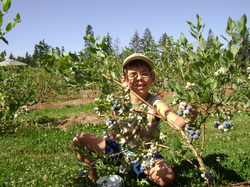 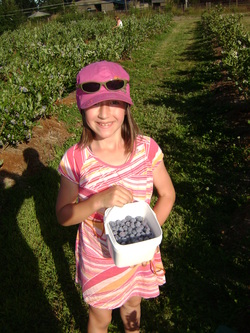